Autumn is in full swing here in Edinburgh. The air is crisp, and the days are getting shorter. The change in seasons, both dramatic and subtle, is fascinating to me.  In Los Angeles, autumn comes and goes without much notice.

So here are a few pictures of the seasonal cheer. This first one is from the shop at the Royal Botanical Gardens. They have a whole corner dedicated to wreaths, garland and ornaments made from dried fruits and spices. It smelled heavenly. 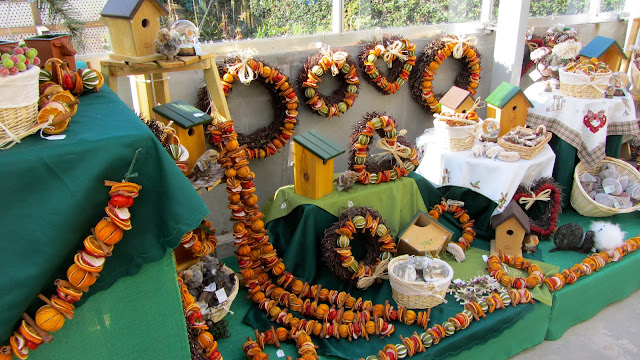 Here's a close up- If I had loads of disposable income, I'd buy enough to deck the whole house out with citrusy-cinnamon goodness, but I've had to significantly cut my 2012 garland budget to accommodate the financial strain of moving overseas. I thought I'd try to make it, but I am afraid I would just end up with several dozen half rotten oranges on a string... Maybe I'll go back to the Royal Botanical Garden's shop and buy a mini ornament or something, so I can enjoy the smell without the hefty price tag! 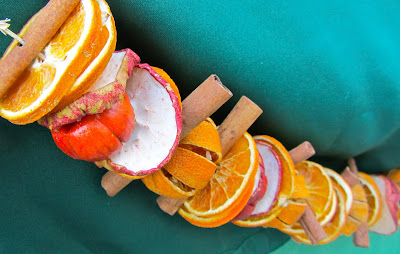 Outside, the leaves on the trees have all started to change into shades of yellow and fiery orange... 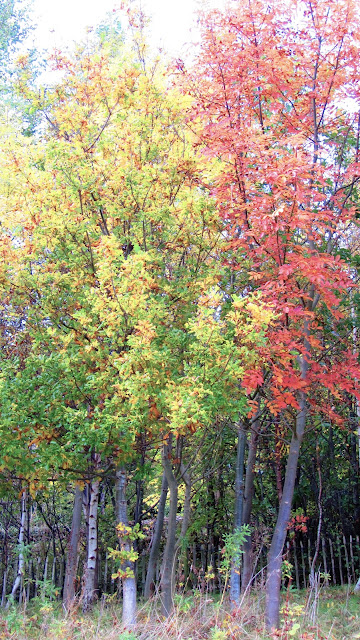 and then fall, leaving the branches sparse. I imagine, in a few weeks, they'll be naked. 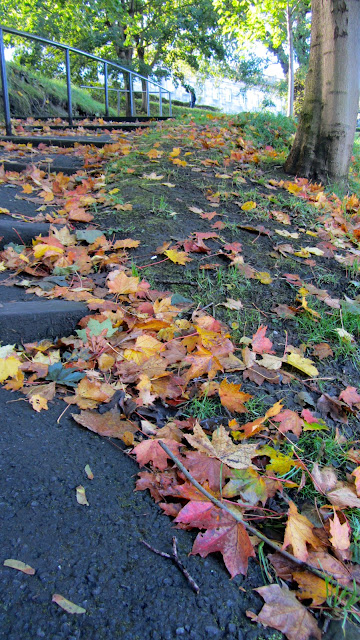 It is perfect soup weather. I enjoyed this delicious bowl of vegetarian Harira soup from Ecos, a little Moroccan cafe down the street from my flat. The combination of tomato, cinnamon, lemon and chickpeas makes for a very hearty and satisfying autumn meal. 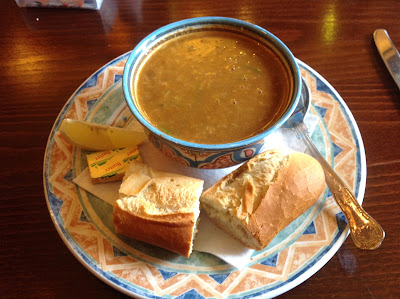 And, of course, it is the season for apples! A couple of gal pals and I went to an apple festival last weekend. I was picturing apple crafts and apple cider, apples in pies and covered in caramel, apples in buckets for kids of bob for... you know, a proper celebration of the crisp sweet fruit we all love! Instead, there were two plastic tables, one with a variety of apples displayed with tags telling names and origins, the other table had a few paper plates of sliced apples to sample. It was fairly underwhelming, but also very sweet. And the older ladies that tended the tables know their apples! I think my friends and I all liked the Golden Pippin best. Not only does it have the cutest name, it was also the smallest and the crispiest of the bunch.

And as a autumnal treat for the boys, I got them a toy turkey. It makes gobbling sounds whenever it is touched, which is quite entertaining for them when they are swatting at it, but can startle the pants off of you when you accidentally lay down on it ;)

Truth be told, this toy is not intended for autumn... it is a Christmas toy. I guess turkeys are a 'symbol' for Christmas here in the same way they are for Thanksgiving in the US. But, since our kitties are still quite American, I thought they ought to get their turkey early. 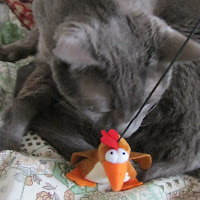 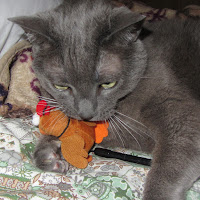 Autumn also means Halloween, but that will get a post of its own (since I believe Edinburgh is the most Halloweenie place I've ever been! I mean, it can feel spooky here in the middle of June, so I can't wait until Samhaim!) but there are also other holidays and festivals that mark the season. Last night, Matthew and I were snug in our flat and heard a series of loud booms! From outside our window, we saw this happening on top of Calton Hill-

It was the burning of effigies for the Indian Dushurra Festival. It was amazing! What is it about burning things in the night on top a hill that is so exciting?! The effigies didn't make the loud booming noises though, that was the accompanying fire works display. I tried to record a bit from our bedroom window...

So, I'd say that autumn is off to a great start! I hope you are all enjoying the season as well!