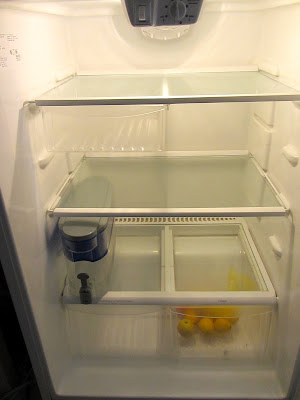 This was our fridge last week. Not because we took everything out to clean it or something, we just ran out of food. Or nearly, we did still have an apple and a bag of lemons. So, instead of going to the market like a good wifey, I decided that our lack of comestibles was in honor of the hit YA series, The Hunger Games. Always thinking, I am.

Matthew and I just finished the last of the trilogy a few nights ago (we read them out loud to each other over a month or two). And the funny thing is... I'm not sure how I feel about the series!

There was some really great things about these books. One of the tell-tale signs of a good book is if you can't put it down, right? Well, I always wanted to read "one more chapter". And I was bummed when we skipped a night all together. This is a very well-paced series. There is no drag time, even when the plot line is not action packed (on the rare occasion)-- it still reads with a sense of urgency and excitement.

Another thing that impressed me with this series is the consistent overall tone. I talked about this with Matt, how I'm amazed that certain books can evoke a particular feeling in me- one that isn't contextually attached to the emotional ups and downs of the storyline.  It's hard to describe, but I am sure many of you experience it. The best I can do is compare it to a color palate. Maybe I'll think more on this and rewrite this section :)

And lastly, I loved the thoroughness of the world that Suzanne Collins created. It has it's own history, fashions, cuisine, hand gestures... I enjoyed her finished product and couldn't help wonder about her process.

But there were things I wasn't too crazy about. First off, I don't think futuristic dystopians are my thing. Nor is hunting. or murder. or war. There were times when it just felt like a sad place to let my imagination visit. But I think that was the point, no?

Also, I felt that a lot of the main characters fell flat. These were characters that seemed really important at first, but ended up disappointing me. Haymitch was once of those characters. He was my favorite. I thought it was so daring and refreshing, frankly, that there was a character in a YA novel that had his kind of flaws. He was complicated. He battled addiction. He battled in the first Quarter Quell. He was a strong surviver...and a pitiful self saboteur at the same time.  I don't want to spoil the plot for any one out there who hast yet read the series, but I will say that Haymitch didn't  play the role I thought he would in the final book.  Neither did Gale, really. Or sweet little Prim. (On the flip side, the character Finnick, who I thought would just be whatever ended up having one of the most memorable and poignant arcs in the series! So I guess things balance out in the end). 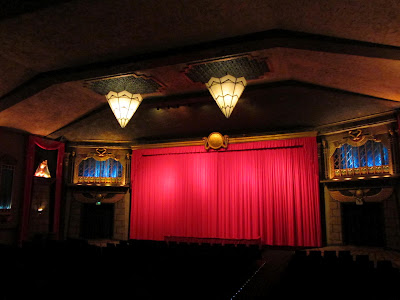 Last weekend Matt took me on a movie date and we finally saw the movie. We went to the Vista, which is my favorite theater in LA, so already I was happy as a clam. The movie did a great job of sticking to the book. There were subtle changes and some things were taken out to make it "movie length" but overall it didn't take too many liberties with the story. The movie looked a lot like what I imagined... District 12 was gray and drab. The Capitol  looked shiny and high tech. The Arena was great. And the acting was good too. The trio was believable- and Katniss was well casted. The best performance though, was Tucci as Caesar Flickman-- he was amazing! 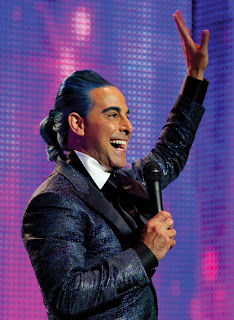 And then there's Haymitch! Woody Harrelson is such an endearing actor. And I've already said Haymitch was one of my favorite characters.... but I thought the movie Haymitch was a little too watered down. He didn't fall off the stage. He didn't vomit all over himself. He never really seemed that unreliable- which is what made him such a good character to read! I never worried that he would abandon the kids in the arena... 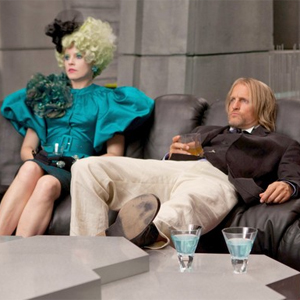 All of criticism aside, I loved reading the books and I liked the movie as well. I'll definitely go see the rest when they are made. What did you all think?I haven't spoken with anyone who has read the books or seen the movie (other than Matt) and I am curious if my complains are way off from what others are thinking...


Better head to the Hob to pick up a few essentials! my fridge isn't going to fill itself...