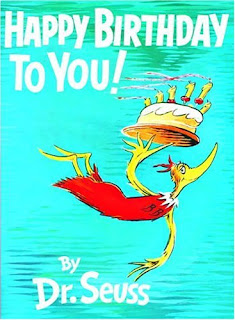 Today is a special day, the birthday of a most beloved author. Who hasn't experienced the joy of Dr. Seuss? His stories are wonderfully fun, and often teach us how to be better people. His words bounce of the page and let us use them as if they are our own! His drawings bring smiles to our faces every time we see them. For all this, we are in debt. The world is a more joyous place because he was in it. 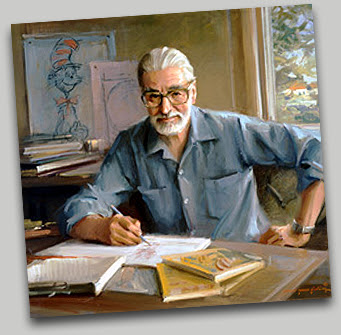 What Dr. Seuss book is your favorite? I grew up on Hop on Pop, and Mr. Brown Can Moo, Can You? And I have a soft spot for many more... 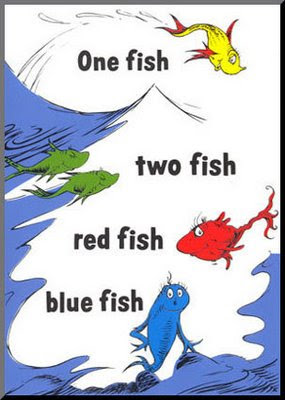 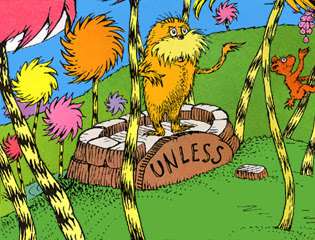 Here are a few facts that I just learned about the man behind the books:
1. His birth name was Theodor Seuss Geisel.
2. He was not a doctor.
3. He was born in Springfield Massachusetts and live most of his adult live in La Jolla California ﻿
4. We've all been saying his name wrong.
You’re wrong as the deuce
And you shouldn’t rejoice
If you’re calling him Seuss.
He pronounces it Soice
(-friend, Alexander Liang)


5. While at Dartmouth, Geisel was caught drinking gin with nine friends in his room, violating national Prohibition laws of the time and he was kicked off the college humor magazine.


6. He attended Lincoln College, Oxford, to earn a Doctor of Philosophy in English literature. At Oxford, he met his future wife, Helen Palmer; he married her in 1927, and returned to the United States without earning a degree.

7. In 1937, while Geisel was returning from an ocean voyage to Europe, the rhythm of the ship's engines inspired the poem that became his first book, And to Think That I Saw It on Mulberry Street!.  It was rejected 27 times.


8. He drew over 400 political cartoons for a NY newspaper. He was pro FDR and America's involvement in WWII. The cartoon have been compiled into the book, Dr. Seuss Goes to War.


9. His first popular children's book If I Ran the Zoo


10. He wrote mostly in anapestic tetrameter:

"And today the Great Yertle, that Marvelous he
Is King of the Mud. That is all he can see."
(from Yertle the Turtle)


11. In order to fight illiteracy in children, educators created a list of words important for first-graders to recognize and asked Geisel write a book using only those words, telling him to "bring back a book children can't put down." Nine months later, Geisel, using 236 of the words given to him, completed The Cat in the Hat.


12. The Cat in the Hat alone sells about half a million copies each year.

14. He also authored over a dozen books as Theo LeSieg and one as Rosetta Stone

15. He published 44 children's books and they have sold over 222 million copies. 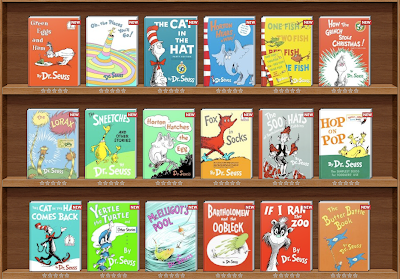