a burly man with a red beard made me sushi 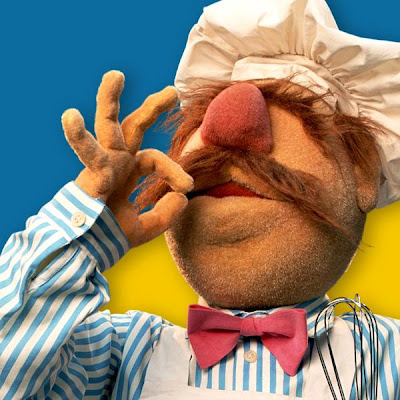 As I said in my previous post, Matt and I decided on a flat and have a move in date. We were pretty nervous for a while that our short-term let would end before we found a permanent place, and we'd have to pack up the boys and set up shop under a bridge someplace. So, having it all settled is a huge relief! Last night, in honor of our new found digs, we went out to celebrate.

We started our evening at an infamous pub right around the corner from our current flat. It's called Canny Mans and it's reputation precedes it. Like several pubs in Edinburgh (and across the UK) it is in a beautiful stone building with a charming blade sign (this one bearing an image of some armed man). But unlike other pubs I know, outside the front entrance is a list of rules, which reads:

It's known for being both quirky and traditional... and a bit on the grouchy side. One blogger went so far as to describe it as "curmudgeonly".  It's gimmick (if it is one) is to alienate the riffraff and cater to a more proper/snooty/mature crowd. As far as I can tell, folks in town either love it or hate it. (You can see a few polar opposite reviews here). Matt and I have passed it multiple times a day since we arrived, but never felt up for the challenge of actually going in for a drink. Last night, we did, though, and had a great time.

The place is totally decked out in crazy decor. Among the many strange items hanging from the ceiling were flying baby prams, antique brass horns, and a lady mannequin. The lighting inside was a warm, glowing orange and there was a din of clinking glasses and people chatting and chortling about this and that. The place, while not large, goes on and on... each room a different size and filled with cozy nooks of velvet chairs or dark wood benches. In the back, there is a pretty large patio, or beer garden. We sat right at the main bar, and Matt marveled at the whisky selection. I would guess they had around 300 different bottles. We ordered our drinks from a well-dress and soft-spoken bar tender, who was both polite and quick to get us our drinks and complimentary bar snacks. There was no hint of rudeness in our exchange, and the prices seemed about on par, more or less, with every other pub we've been to. All in all, we had a great, albeit short visit and will likely return.

Once we drank to our good fortune of finding permanent housing, we decided to grab dinner. On one of our first days in Edinburgh, Matt purchased a Groupon for a popular sushi place near his campus- and we went to redeem it.

Before I go on to what might be considered a harsh review of our dinner, I should say that I am no connoisseur of sushi. I usually order the same few things and am not at all adventurous. That said, I realize after last night's meal that I have been totally and utterly spoiled by sushi houses in Los Angeles. When we entered the little place last night, we were not greeted by "irasshaimase!"shouted from the masters behind the sushi bar, instead we got a friendly "hiya" from a cute blond boy. In fact, there was no sushi bar at all. We got to our table and ordered up a storm (Matt loves sushi and has often said that he could eat it all day, everyday). From where I sat, I could see the pass through window into the kitchen. Cute blonde boy handed our order to a big burly man with a red beard, and he started making our sushi.

I don't meant to profile- and I do believe that folks can certainly break through cultural and racial borders to become anything they wish to be, even sushi chefs. But it was a little bit funny to see this guy, who looked as though he could have been plucked from a Viking ship, in charge of a (very busy) Japanese restaurant.

We got all of our food at once, and dug in. Everything was... fine. The rolls were rolls. The tempura... tempura. Nothing really specific to complain about, but it fell short of some unspoken expectation we both have for a dining out experience. We ate it all, don't get me wrong, but we left a little unsatisfied.

Does this mean that all sushi in Edinburgh will leave us disappointed? No. And can it be blamed on the race of the chef? Probably not. But it was a little wake up call that we are no longer in California, with a large thriving Japanese (and Japanese-American) population. The restaurant we visited last night probably would not make it in Los Angles. And when the bill came, and it cost us the equivalent of about 70 US dollars we agreed that the next time we go out to a sushi dinner, the chef will not be a red head.