I've heard people say that my whole life. Friends and acquaintances that could proudly tout their televisionary independence. I've gone through peaks and valleys when it comes to TV watching. I've had crappy little TV sets that only carry 2 or 3 clear channels and I've had gigantic flat screens with complete cable packages. I've killed a whole day vegging out in utter laziness and I've had months where I've watched nothing but a rented movie or two.  But I have never been totally weened off of the boob tube. Until now.

So, what do you do to pass the time when you don't have a television? I mean, no screen-based entertainment at all (this includes internet people... no Hulu, no YouTube... I swear, I've had much more dramatic withdrawals from our lack of internet access than I have from not having a TV, but I digress...).  You go out, right? To the pubs! Or on a chilly evening stroll.

Right. But what about the evenings in? When its dark outside, you've finished dinner, and the chores are done... but its not quite time to get ready for bed? Then what do you do?? 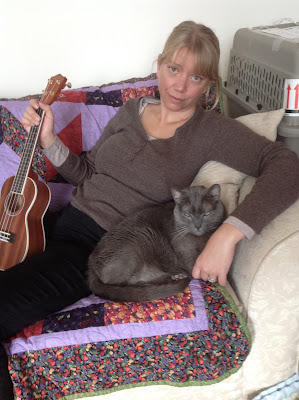 Or put together puzzles.
Or knit.
You mess with the cats 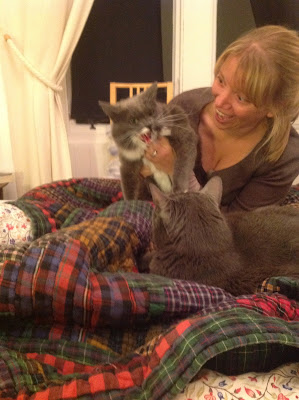 You do a little finger pickin' 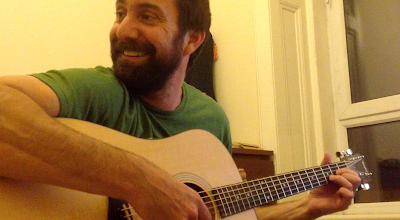 You bake apple/pear pie
You stare at the ceiling 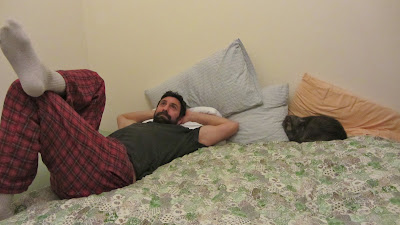 or out the window. 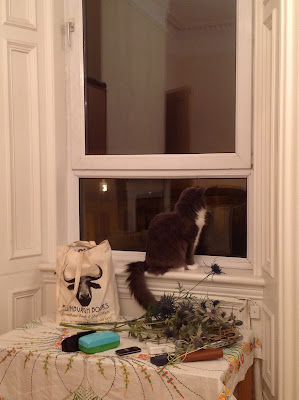 And, of course, you read. 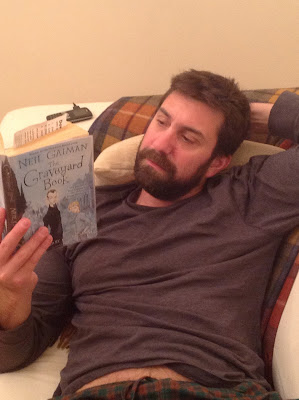 At least, that's what we do! And for the most part, I don't really miss TV at all (although it would be nice to get the broadband hooked up so we could stream a show or two, I mean, I didn't move to the UK to stop watching Downton Abbey!) Most of all,  I'm getting used to the quiet. I had the habit of turning on the TV just as background noise, and I find I am happier without the constant bombardment of chatter and adverts. And Matthew and I are having some delightful fireside chats... OK, that took it a little too far, but we are a lot more present with one another, if that makes any sense!

I'd love to hear what any of you do when you're not plugged in- in case we run out of ideas here we can steal yours!