Candy bars made from left over holiday treats 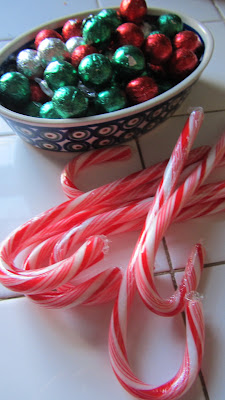 Since it is well into January, there is no reason to keep displaying the straggling holiday candy that nobody wants to eat- some sad little foil-wrapped chocolates and about a half-dozen candy canes. I hate just throwing things away though, it is terribly wasteful and so... blech. So I decided to try my hand at candy making... I mean, just because we don't want to eat these goodies individually doesn't mean we won't gobble them up when they are combined... right?

Again, without a recipe (they all called for things I didn't have. The whole point was to use up what I had, not go get more stuff!) I set out to make peppermint chocolate bars. It was easy-peasy. The most laborious part was unwrapping all those chocolate balls! 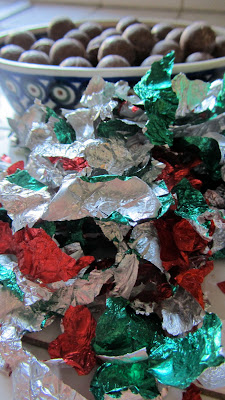 I melted them (along with a half bag of semi-sweet chocolate chips I had left over from my cookie-making extravaganza). And I zizzed the candy canes in my food processor- 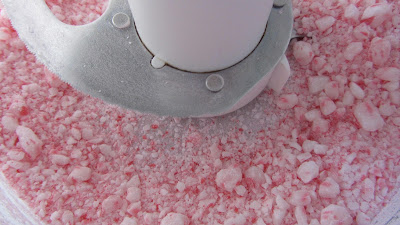 (which makes quite a dust cloud! I probably inhaled at least one candy cane... ) Then, I mixed the crushed candy cane into the melted chocolate. And poured it out onto some foil to cool- 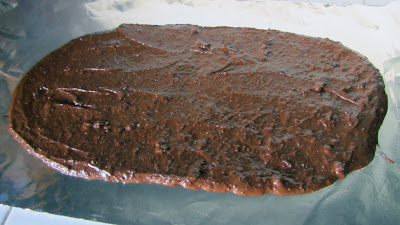 -realizing a little too late that it would have looked prettier and probably more appetizing if I saved some of the peppermint to sprinkle on top, instead of mixing it all into the chocolate. 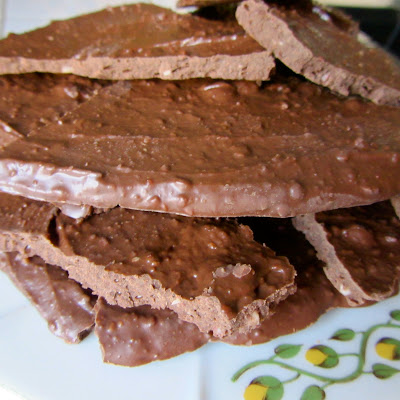 Now that's it's cooled and broken into snackable pieces, I must say, that it turned out pretty yummers. And I think that Matt and I will be consuming these last few holiday calories after all!