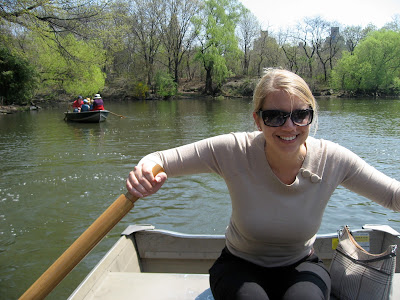 Last week, in a post called Never have I ever... I posted a list of 50 random things I have never done. Someone suggested to me that I share the opposite- 50 random things that I have done at some time in my life.  In the first post, I tried not to edit at all, and just post the first 50 things that popped into my head, whether they be things I wish I had done, or things I am happy to not include in my life's history. For this post, I had to have a different approach since my mind kept going straight to the most serious or intimate moments of my life! But I finally came up with this list. Some of it's embarrassing, some of it's flattering and it's all stuff that I would be comfortable disclosing on a first date (except maybe the last one:). I have...

Killed nearly every plant I've ever had

Had a really bad perm

Read the Lord of the Rings

Blown on a pair of dice at a craps table

Lived in another country

Made a thriving terrarium

Been mistaken for a celebrity

Caught a snowflake on my tongue

Fell flat on my face on a crowded Hollywood Boulevard

Swam in the caribbean along side sea turtles

Ran through an airport to catch a flight

Drank aquavit in Norway, mezcal in Mexico, port in Portugal & ouzo in Greece

Lived with a male roommate

Watched TV for a whole day

Rowed a boat in Central Park

Seen a convocation of bald eagles

Felt afraid of the dark

Had a pen pal

Walked the Bay to Breakers

Shot a bow and arrow

Danced at a céilidh

Sat in the bucket of a front loader

Recited from memory the Canterbury Tales Prologue in Old English

Been thrown off a horse

Sun bathed on a nude beach

Gotten totally lost within 5 blocks of my home