The Silver Bough by Lisa Tuttle 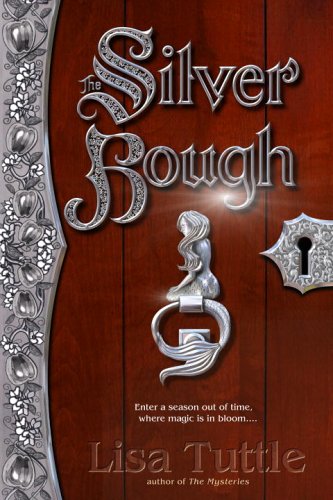 I found this book in a bargain bin, read the back cover and had to get. It takes places in Scotland, and it centers around libraries, orchards and magic. The makings of the perfect book. And while it fell short of perfect, I really enjoyed reading it. Tuttle does a great job of mixing folklore into her fantasy and after finishing this novel I am motivated to read the original sources of some of her ideas (she provides a list in the back of the book). I am curious to know more about the Celtic myth about the silver bough and Avalon's connection to the Legend of King Arthur. I'm also adding a few of Tuttle's other novels to my "must read" list.
The Silver Bough is a nice easy read. Tuttle uses excerpts from myths, newspapers, and journals to help move the plot along and explain strange occurrences to both her characters and her readers. Each chapter's point of view alternates between a handful of characters, but the focus is one three American woman who find themselves in the small, almost island, of Appleton on the West coast of Scotland. They are each there for a different reason- one moved into town to be the head librarian, one moved for isolation after a great loss, and one is visiting to uncover some mysteries surrounding her Grandmother's past. They are all affected by the strange changes going on in town after the only road in or out of Appleton is cut off due to a landslide.
I won't say much more, because there are a few attention grabbing scenes that I don't want to spoil for anyone who plans on reading it. But if you do find yourself curled up with The Silver Bough, I suggest you accompany it with a cup of hot apple cider.