I seem to have a new Christmas tradition, for the last two years I have spent the 25th of December assembling a Harry Potter themed Lego set. Last year, Matt and I were in San Francisco and put together the Burrow with my brother Jason and sister-in-law, Mary. Those good times can be relived here. (You can even see the starting of Matthew's iconic 2011 beard!)
This year, Matthew and I stayed home and had a quiet Christmas with the kitties-- but thanks to Jason and Mary, we were able to repeat last year's festivities since they gifted us Hagrid's Hut Lego set! And, in my book, doing something for two years in a row makes it a tradition!
Here it is- all ready to go! 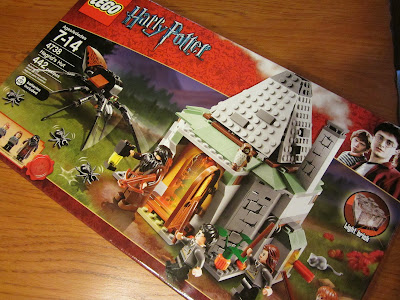 We assemble the bottom part of the hut and admire all the homey details-
This set has a lighted brick that mimics the glow of Hagrid's hearth. It also has a large cauldron, Norbert the dragon, two arched & bewindowed doors, hanging legs of meat, red-capped mushrooms, and flowering pumpkins! 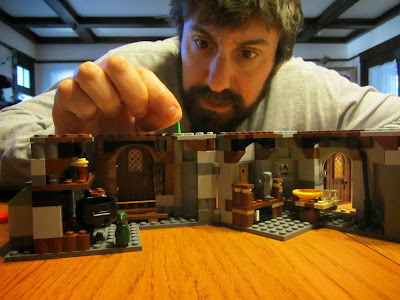 Up goes the roof and we are done. Now... we play. Hagrid is there with his pink umbrella, as are Harry, Hermione and Ron (with a perpetual face of terror since he is in the company of so many spiders). Aragog and a few of his young show up to the party. And even Scabbers and Errol stop by.  But, where is FANG?! 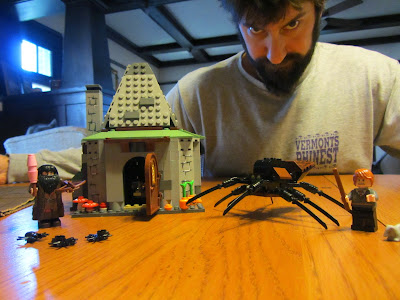 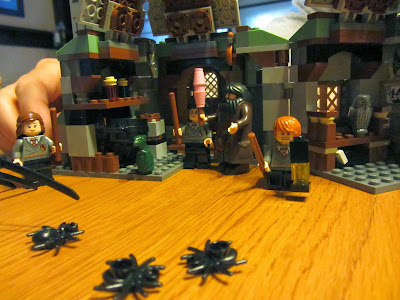 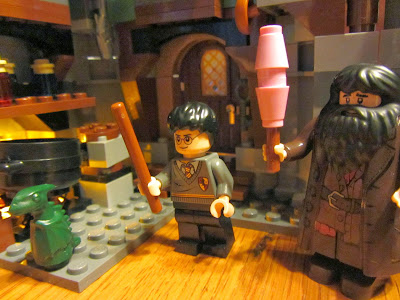 Harry and Hagrid send Ron out to look for Fang in the forbidden forest. Aragog offers him a ride. 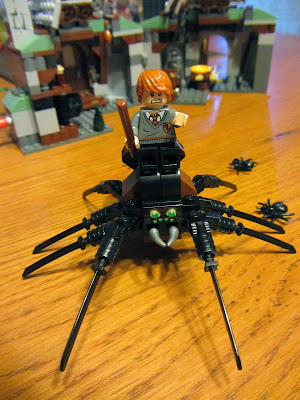 Its been a few days and he has yet to return and the rest of the gang is starting to worry... they'll have to put together a search party sooner or later, but they decide instead to enjoy a snack of pumpkin juice and rock cakes.