We did it. We finished the Lord of the Rings 'trilogy'. My Matty, King of all bedtime stories, read out loud over 1000 pages of magic and battle and redemption. It took us nearly as long to read about the One Ring as it did for Frodo and company to destroy it. And it was such an amazing journey. Epic really.

We picked up by joining Gandalf, Pippin and Shadowfax as they arrive at Minas Tirith to warn the Steward of Gondor, Denethor, that Sauron is about to unleash the armies of Mordor. We beg him to prepare his city. We vow our service to Gondor to repay for the death of Boromir, Denethor's favorite son. We watch Denethor lose his mind, and order Faramir, his unfavored son, to sure death in the hopeless resiege of  Osgiliath against a hoard of orcs. We watch Faramir return, wounded and nearly dead. We see Denethor order to burn his son alive rather than seek medical attention. We seek Gandalf as Minas Tirith is under heavy attack from evil army of Mordor.


Meanwhile... In the kingdom of Rohan, King Théoden and his men recover from their battle against the forces of Saruman in the Battle of the Hornburg. Aragorn, hmmmmm Aragorn... 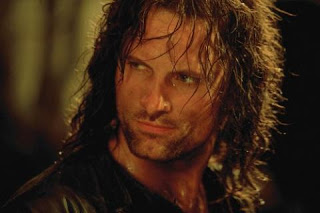 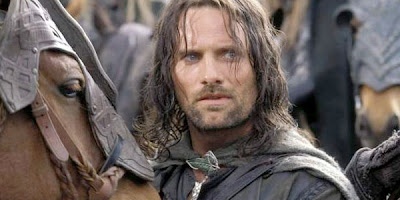 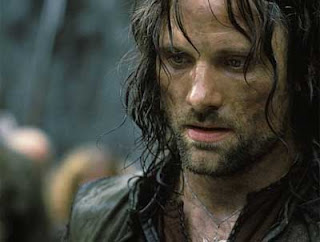 
Right. Aragorn abandons his ranger ways and confronts Sauron through the palantír of Isengard by claiming the throne of men. Along with Legolas, Gimli and the Grey Company (the Rangers from Arnor), we set out with Aragon through the Paths of the Dead and convince the undead to fulfill the oath to the King and fight against the black army. With Aragorn going one way, we watch as Théoden and the Rohirrim go the other, to the aid of Minith Tirith. We beg with Merry and Éowyn to fight with the men, and even though we are refused, we go anyway.


As we arrive at the fields of Pelennor in front of the gates of Minas Tirith, we see the chaos and carnage of war. We and the army of Rohan break into the foray and slay us some orcs! We watch as Aragon leads the army of the dead  fight along side us and the men of Gondor. We cry as Snowmane is slain by the Nazgul and collapses on top of the King of the Mark. But along with Éowyn (and Merry), we kill the Leader of the Black Riders before he can hurt Théoden further. Girl power. 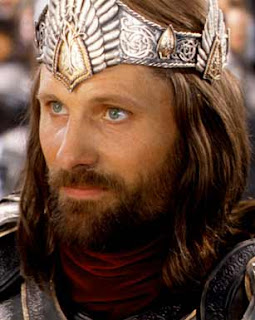 Sorry... Then we celebrate. We are honored. Faramir is named Prince of Ithilien, Eromer is the new King of the Mark in Rohan, and Elrond's of Rivendell's daughter, Arwen, finally marries her mortal love. We head back toward the Shire with all our friends and say goodbye to them each one by one along the journey.  We say goodbye to Tree Beard and Legolas and Gimli head back to Fangorn forest. Galadriel and Celeborn head back to Lorién. Gandalf goes as far as Bree and then tells us that we are on our own from here on out.


We find the Shire is in ruins, run by ruffians! [This part of the book is not in the movie, so for those of you who have not read the books, I will be vague so as not to ruin it]. Regardless to say, we brought our worldliness, bravery and general awesomeness back to the Shire and helped set things right. We run into Saruman and Gríma and they get their comeuppance. We prove how bad-ass Hobbits really are. 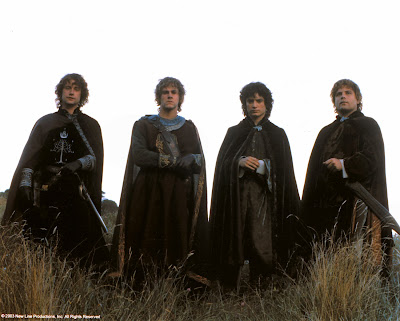 Time passes and the Shire heals. Holes are rebuilt and trees are replanted. We watch as Merry and Pippin lead Buckland and Tookborough and rejoice as Sam marries Rosie Cotton and moves into Bag End. But we suffer with Frodo, who cannot fully heal from the wounds of his journey and the burden of the ring. We welcome the birth of Sam and Rosie's little girl, Elenor.
We journey with Sam and Frodo once more. We head to the havens. We feel sweet sadness as Frodo meets with the other ring bearers- Bilbo, Gandalf, Celeborn, Galadriel and Elrond- and tells us that he is leaving the Shire, and Middle Earth, forever. We say our goodbyes. We watch from the shores with Merry, Pippin and Sam as Frodo sails away to Valinor. With the ring bearers gone, so ends the Third Age of Middle Earth. We head back to the Shire. We finish the book with Sam saying the words, "Well, I'm back."